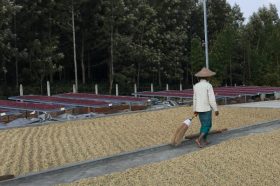 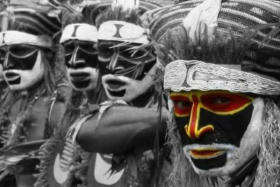 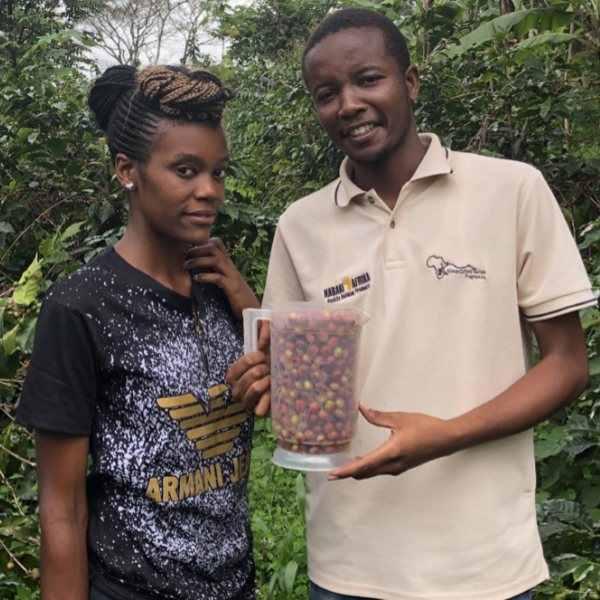 Yetu Tamu, or ‘Our coffee is sweet’ !

The first coffee grown in the Kilimanjaro region was planted by Catholic missionaries in Kilema at the end of the 19th Century. Throughout the 20th century western demand for coffee grew and as a result cultivation spread through many regions of Tanzania. This appeared first by locals growing as a cash crop in 1919, before coming together to form the Kilimanjaro Native Planters Association (KNPA) to protect their interests after settling westerners expressed concern over diseases and pests being caused by the expanding cultivation of coffee. This in turn lead to the establishment of the Kilimanjaro Native Cooperative Union Limited which registered under the Co – Operative Societies Ordinance of 1932.

The Cooperative model continues with Agricultural Marketing Cooperative Societies (AMCOS) working with producers, and Cooperative Unions being licensed to handle the exporting. This coffee comes from Uru Cooperative Society and Tujitume Cooperative (AMCOS), and is exported by Mambo Cooperative Union under the name Yetu Tamu, or ‘Our coffee is sweet’. Mambo were founded in 2011 when Athanasio Massenha saw a growth in the price of speciality coffee being sold but not passed back to the farmers and wanted to change this so that the farmers received more. They now employ 3 agronomists as supervisors to both advise and assist the producer groups they work with in the field, as this is prohibitively expensive for the individual farmers and AMCOS.

The Uru Cooperative Society members have found output has more than halved over the last twenty years as prices dropped and costs rose. Each with around 0.5 – 2 acres that reduces as it is divided amongst the next generation, leading to younger people leaving the area. Farmers average age has risen which means a lot of coffee is processed on the farm as they are less able to transport the coffee to a CPU. This is where being a member of a cooperative can really deliver value.

Cherries are picked ripe with repeated sweeps of the same plot occurring every couple of weeks or so. If not taken to a local collection processing centre, known as a CPU, beans are pulped and fermented at home to prevent spoilage before being taken by the cooperative as cherry. Here it is processed and collated before being transported in parchment and offered for sale through the Tanzanian Coffee Board, which distributes samples to exporting companies and auctions the lots. Once bought, the coffee is further ‘milled’ by Mambo’s facility in Morogoro which means any defects are removed, the beans are laser colour sorted, hand-picked if needed and then bagged.

Bourbon was introduced by the French Missionaries and is common in the Kilimanjaro area, alongside Kent which was introduced from India. Kent is notable for being the first varietal selected for its rust resistance 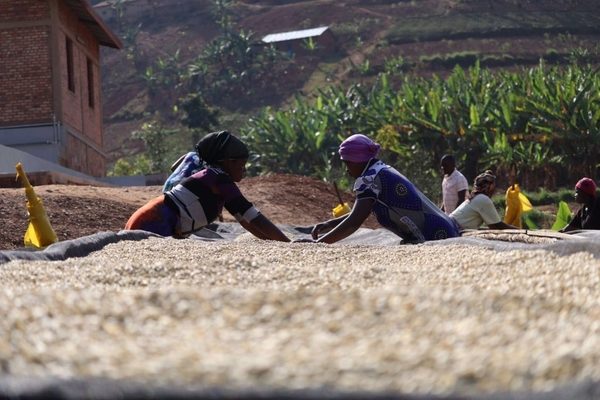 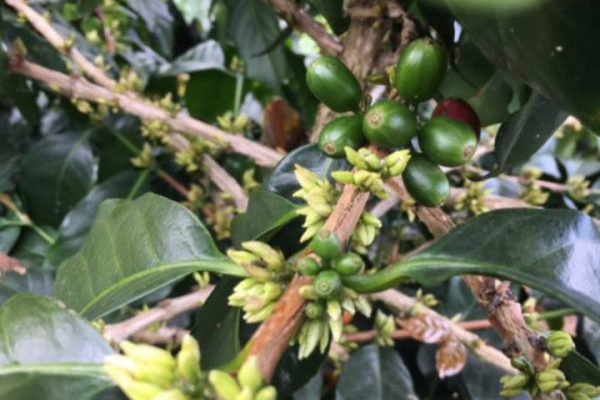 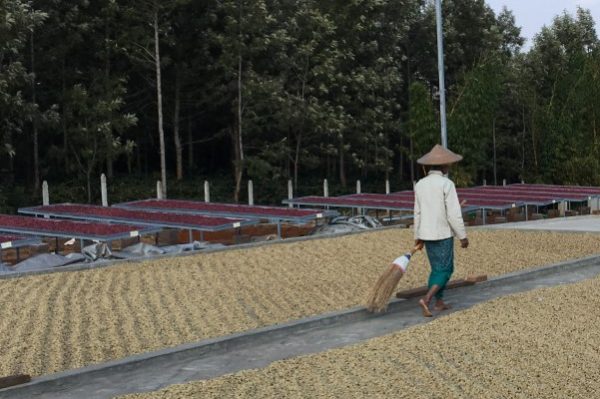 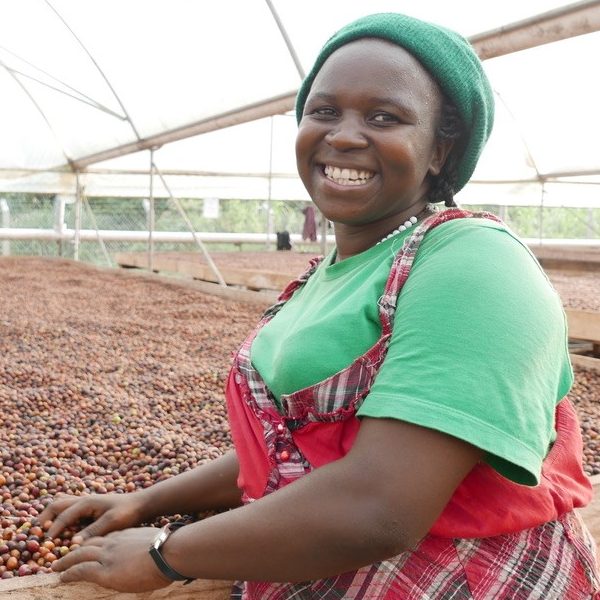 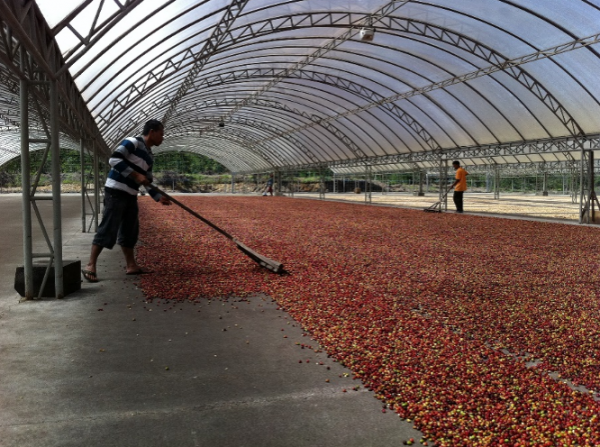 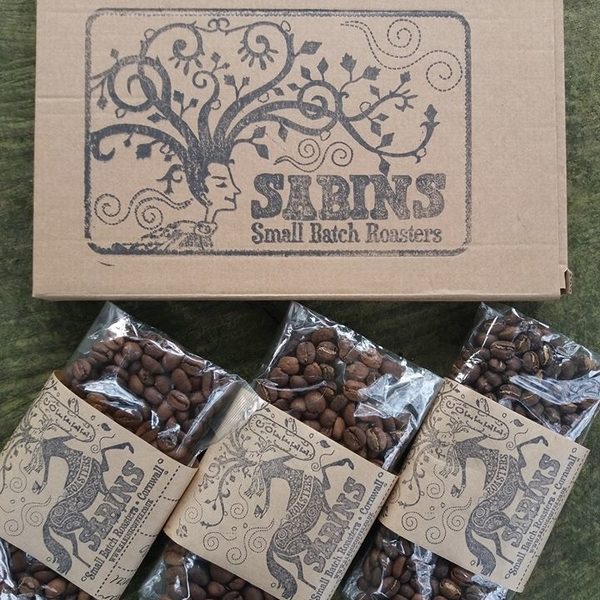 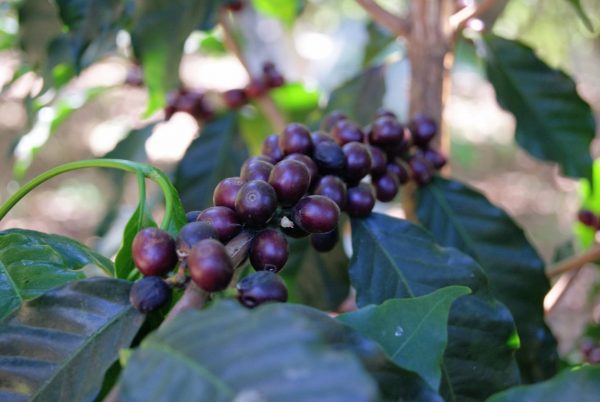 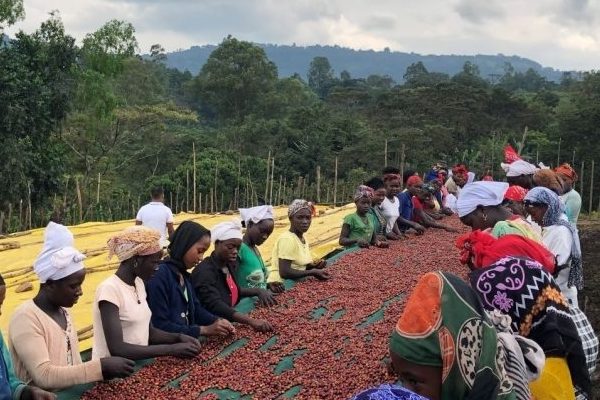 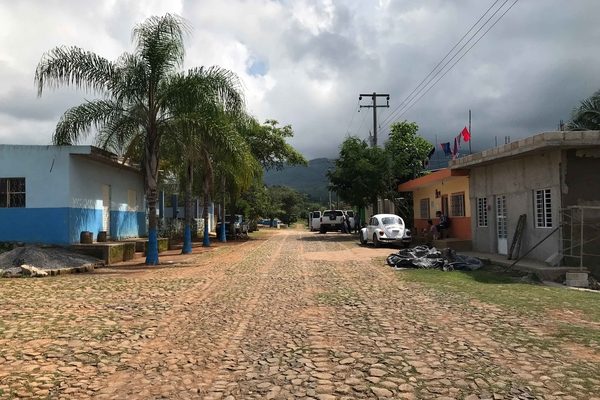